Want to know why our toddlers can be mean, bossy, and manipulative? Maybe the media they are ingesting can help you decode their behavior.

I hardly let Larsen watch any TV before two. If there were any shows, it was Baby Einstein for a few minutes here and there, but he was never really interested in it.

We hit two, and the TV has somehow become more integrated in our daily lives.

I always watch the show with him the first time around to see if I think it’s appropriate. And most of the time, I find the shows questionable.

Our first experience of a Disney movie was shocking. We were at a resort that set-up outside movie night for pajama-wearing kids. We sat on our towel, munching on warm popcorn, and boom – Scar from the Lion King was dangling a shrieking mouse over his lips and talking in that deep, thunderous voice. Lars saw this and was terrified. He was shaking and crying.

What about Nemo we thought. When we needed some downtime as a family when we are all worn out, we could watch a cute story about a lost fish. OMG! The first few minutes Nemo gets kidnapped, screaming frantically for his father. My heart broke as I looked into Larsen’s confused eyes. A two-year-old doesn’t need this in his life.

Next, we found Cars. This was a good one for me. While I don’t think Lars understands the central conflict of overcoming selfishness to help others, in this self-actualization tale the violence is mostly cars flipping over. Lightning McQueen is ok for us to watch, but what I didn’t predict was walking any store and seeing this little red car everywhere. Larsen now has product recognition and the me-wants at every turn. This is not good for me.

It’s the same for Planes. I love most of Planes. There’s a few lines that bother me as a woman – like the opening scene where Dusty Crophopper comes up upon two fighter jets and blasts them while saying, “See you later, Ladies!,” which is sexist. And the ogling of the lady planes as they drive away irritate me as well. But overall, it is Dusty following his dream and competing with himself. He has good manners to all. I’m mostly satisfied with Planes.

Have you noticed all the movies either have a typical “bad” character – Scar from Lion King, People in Nemo, Chick Hicks from Cars, Rip Slinger from Planes – who treats the other characters with some form of relational aggression?

I think part of the reason we assume these movies/shows are ok for our kids is because we ourselves are desensitized to the violence, fear, dark imagery, intense voices that drives most of these plots.

Why does my child have to know about this when he’s two? I get this may be more of a problem as we enter school, but the complexities of relationships are lost on him at this age.

In Nurture Shock (A MUST READ FOR ALL PARENTS!), they found that 96% of children’s programming contained verbal insults and only half the time were they corrected by a parental figure. But they also found they were never immediately corrected in an educational show! PBS shows like Arthur and Clifford are included in this assessment.

I’ve tried to watch Arthur, but the little sister is super mean to him – always calling him incompetent and stupid.

On Clifford, Jetta’s character is always using relational aggression to manipulate the others. While I love the end message of Clifford, Jetta makes me think twice before letting Larsen watch.

The point is this – our younger children do not understand plot just yet. As Nurture Shock reminds us, these shows set up conflict for the first twenty minutes and then offer a pro-social resolution for the last few minutes. While many think these shows help our children learn better values, most of them are lost on toddlers.

“The more kids watched, the crueler they’d be to their classmates,” Ostorov reported from the Minnesota study. The correlation was 2.5 times higher than the correlation between violent media and physical aggression. They were increasingly bossy, controlling, and manipulative, and it was stronger than the connection between violent media and physical aggression.”

I’ve heard words come out of Larsen’s mouth that were a direct quote from shows. I’ve seen him act out different scenarios that he’s seen on TV.

His brain can only grab hold of tidbits of dialogue or short bouts of activity the characters were involved in. He doesn’t understand conflict resolution, yet most of our toddler shows include a character who indirectly teaches him how to use relationships as weapons.

Shows like Oswald, Octonauts, Little Bear (why doesn’t he wear pants?!) have little or no relational aggression. They seem to treat everyone respectfully most of the time.

We can watch alongside them, discussing characters, intentions, relationship dynamics as they grow older to help alleviate these questionable motives.

While I want Lars to understand the nuances of relationships – especially peer pressure, he doesn’t need that in his life as a toddler. 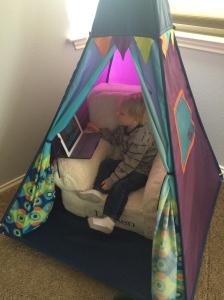