You might have guessed it – yes, I researched toys before Lars was born. (I’ve been known to research everything pretty much.)

Maybe it’s because when I was pregnant with Larsen, wooden toys became popular again. Those glossy, uncluttered, beautiful rooms filled with light woods next to sheepskin rugs get me every time. I have a thing for modern and uncomplicated.

And then Mike’s parents brought over a little wooden trike that all the kids in his family played with. Thirty years later, and it’s still in perfect condition. 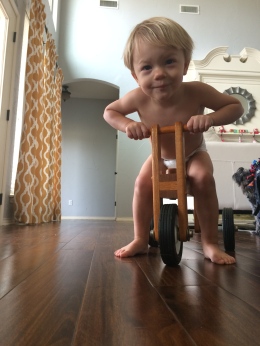 I knew from my research that children do not need those toys that flash, whistle, beep, talk, etc.

Too many toys clutter rooms just like too many sensory triggers from toys cause clutter in the brain:

Diane E. Levin, a professor at the early childhood education department of Wheelock College in Boston, calls the phenomenon “problem solving deficit disorder.” Levin contends that such products overstimulate very young children, so instead of using their own resources to solve a problem or an uncomfortable feeling – Mom is in the shower, boredom, and so on – they apply those resources to processing the dazzling object that has been placed before them. Over time, Levin says, babies and toddlers accustomed to getting this kind of “hit” when they feel uncomfortable they may not just become dependent on having that hit but may even lose the ability to work through feelings and ideas independently or with the help of a trusted friend. Marie Anzalone, who is on the faculty of Columbia University’s occupational therapy program, reports that she frequently treats very young children from low-income as well as upper-middle class families who appear glazed over and numb, which she believes is an ingrained response from technology toys and television. These toddlers simply can not integrate the sensory overload to which they are routinely subjected; to cope, they begin to tune out. ~Buy, Buy Baby: How Consumer Culture Manipulates Parents and Harms Young Minds By Susan Gregory Thomas

My motto is to keep it simple – a simple, uncluttered room with a limited amount of toys and books.

But now that he’s almost three, he knows how to open his closet door to find the stash of toys. I try to maintain a one-toy-out, a one-toy-in policy while stating, “Let’s put some of these toys away so we have more room to play,” and it’s working for the moment.

So when he’s not outside “mountaineering” up his slide or in the pool “practicing” swimming without his floaty, these are the toys he keeps coming back to:

1. Wooden Blocks – We love the Treehaus Wood Castle Blocks or he has a big bin full of blocks his great-grandfather made him. 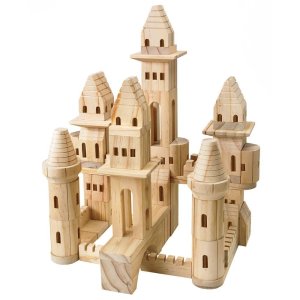 2. Magna Tiles – These are fantastic and so versatile.

3.  Stomp Rocket – He received this as a gift for his 2nd birthday and has loved it every day ever since. 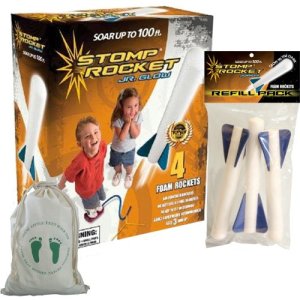 4. Binoculars – He takes them everywhere we go! 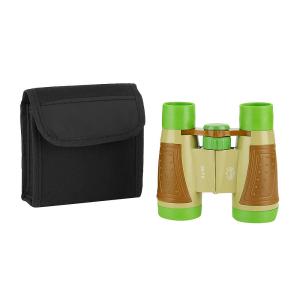 5. Flashlights of any kind. We found this cool Disney Planes Flashlight that shines Dusty on the wall. 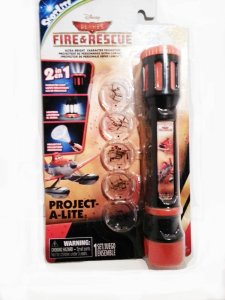 6. These two Green Toys are fun. First, we have the rocket that came with two astronauts. Next, we have this little boat that pours, which we use in the bathtub! 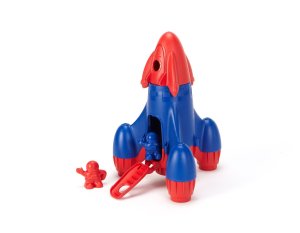 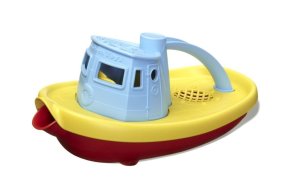 7. Magnetic Mighty Mind – This is great for travel. He learns which magnet shapes fit where, and each page gets progressively more challenging. 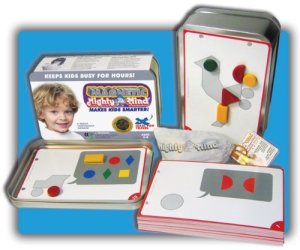 8. Glider Planes – They don’t last long in our house because they are made of styrofoam. We are in a “learning how things break” stage. But he will throw this for a good hour before he demolishes it! 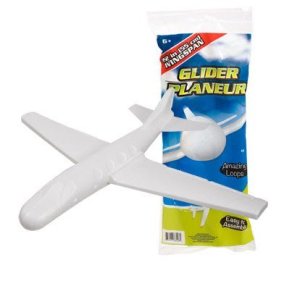 9. Velcro Toss – This solved the frustration of Lars not being able to catch just yet. 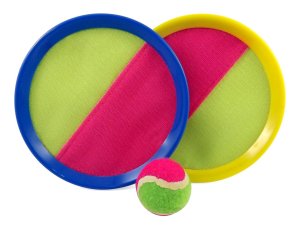 10.  Take Apart Plane – This comes with a drill and screws so it can be put together or taken apart. 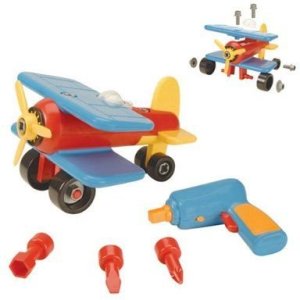 Today, I watched him play with his new favorite toy – his little hooded cape made of a dinner napkin and clothespin. I hope it will be this easy for a long time. 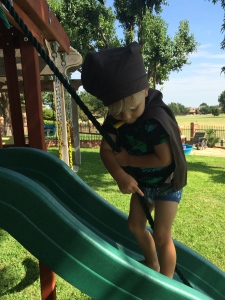 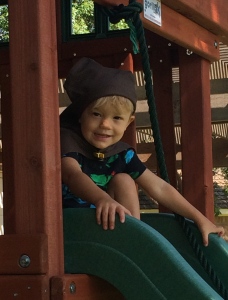 (Originally posted on Divorcedmoms.com) After the dissolution of my twelve-year marriage, getting back out there seemed intimidating. But hearing so many stories of how so-and-so met their new partner online, I was hopeful – at least for the first few months. Luckily, I took some notes to help others as we find our way into […]

“Hope” is the thing with feathers – That perches in the soul – And sings the tune without the words – And never stops – at all –    ~ Emily Dickinson Five little closed-eyed downy gray chicks peep out of the nest a mama bird made in my wreath on the front door. For […]

For My Daughter: A Manifesto

As a young child, I would sit on the side of the bathroom sink and gaze up as she transformed into a black beauty. It always began with two squares of stacked toilet paper. She would stick the eyeliner wand in, stir, and wipe it twice on the little white cushion, making that black X […]

It is with our swollen bellies and breasts, our mental concerns crowned as frailties, our mistaken identity as “just a mom” that we march into combat. Our underestimation serves us well.

It’s that time of year again. Mommy blogs are flooded with grief over their babies going to school. And it’s true. Some of us mourn as our children go out into the world. I am one of them. Five years. Five years – the time I have spent mostly every day with my little sidekick. […]

The Religion of My Youth: How Violent Images from the Bible Affected Me as a Child

I can’t divide the Bible into wrathful God and peaceful God. For one, I wouldn’t know where to place the line. I can’t deny what I’ve read in the Bible, as a child and now as an adult. If Bible stories were made into movies, I would not let Larsen watch any of them. I wouldn’t fast forward through the violent scenes just to get to the good parts. I wouldn’t push play at all.

Let Them Rage: Feel Instead of Fix

It’s a distraction from the real work. A parent is not only a person who feels grief intimately but also someone who must watch their child experience it too, which means feel it all over again.

Kids, parents – people in general – need open arms. Space. A Witness. Someone to hold us through experiencing pain. Someone to echo back to us what we said we are feeling. Someone to give words to our emotions and let them float around the room, watching in awe with us.

I know it feels like you are pulling 9gs out there. You feel dizzy, overwhelmed. You feel pressure beyond what you have ever known since having that baby. You feel alone.

But take it one day at a time. Investigate, experiment, listen.
Soon, you’ll be home.

I cringe every time I overhear the words “Be careful!” at the park or grocery store. It seems we parents love this phrase. It makes us feel like we are doing our job – helping and protecting our kids. But there’s another phrase I used to say all the time in my English class that […]

The Superhero Power of Presence

Today Lars and I rode bikes, we played superheroes at the park, we ate Chick-fil-A and emptied out his backpack on the carpet by the front door. He jumped on the mini-trampoline and counted to nine: “1,2,3,4,5,8,7,9.” We played “Jet Larsen.” I checked his wings for damage and fed him “jet fuel.” In the moments […]